Do you have what it takes to lead a Cultural Heritage Rescue Team?

In CHRT: Vltava Rising, the player is tasked with saving endangered heritage collected from throughout the entire Central European region in an in-game museum.

As part of EU Interreg Central Europe’s PRoteCHt2save project, CHRT: Vltava Rising puts the player in charge of a Cultural Heritage Rescue Team (CHRT) brought to Prague-Troja, Czechia three days before a major flooding event is due to hit the city. The player first learns about an Emergency Operations Center (EOC), and what is required for a CHRT to operate. After receiving authorization to operate from the EOC, the team then enters Béla Palace and completes a series of tasks that are critical in the proper safeguarding and evacuation of cultural heritage objects.

This game represents many of the deliverables, products and lessons learned over the course of the 24-month ProteCHt2save project sponsored by EU Interreg Central Europe. They are blended into the game play so that the player can learn more about what (s)he can do to safeguard cultural heritage in their own town, region, or nation… BEFORE a crisis occurs.

Thanks to the cooperation of all of the project partners, this game contains representations of actual cultural heritage objects from throughout their regions. The artifacts are curated in virtual exhibits that highlight the rich heritage of the Central European Region. 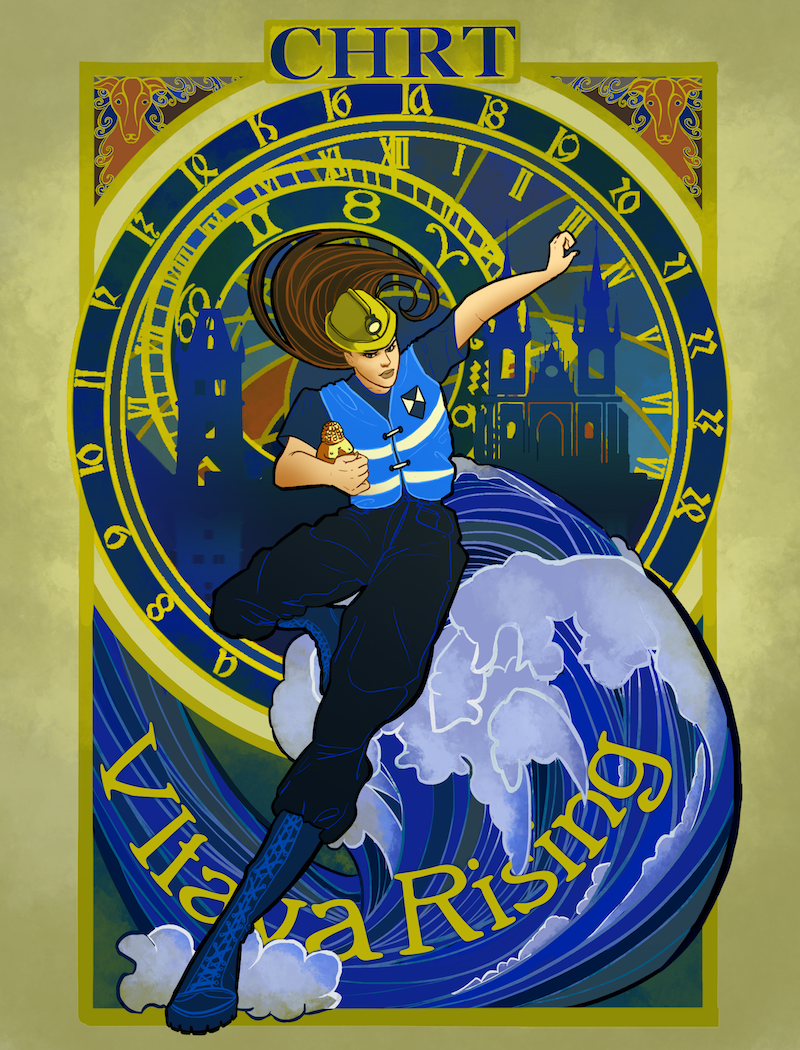